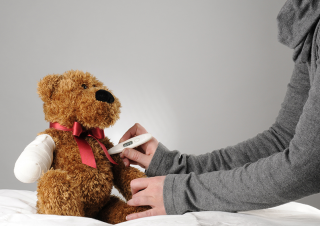 £90,000 awarded to our client for delayed treatment of gastric ulcer

In 2016, our client, Mrs F, who suffered from Irritable Bowel Syndrome (IBS, a common condition affecting the digestive system) attended her GP surgery due to unusual abdominal pain, which became worse after eating. Her GP felt that this was due to her IBS but, within a month, our client had attended her GP three times, each time reporting that her symptoms were not improving and were actually becoming more severe.

She was referred to a gastroenterologist, but no appointment was arranged until 4 ½ months later.

The gastroenterologist diagnosed IBS and did not request any further investigations despite our client stating that her pain was different to IBS pains and that she had been experiencing such symptoms for over 5 months with no improvement. A follow-up appointment took place after a further 4 months, during which time our client reported no improvement at all. Despite this, she was discharged from their care with no further investigations being requested.

A month later, Mrs F’s abdominal pains suddenly worsened, causing her to attend her local A&E department. She was almost immediately diagnosed with a perforated gastric ulcer which required surgery. Our client now has a permanent scar on her stomach.

Our client was working as a fish monger but has been unable to return to work due to the morphine which she now has to take, which makes her drowsy and disoriented.

If you’ve suffered as a result of negligent medical treatment, don’t hesitate to give our friendly team of specialists a call.