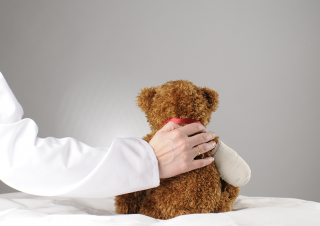 £100,000 awarded to our client for negligent treatment of a sporting injury

This was an interesting case concerning the treatment of a sporting injury sustained by a 17 year old budding football professional. The difficulty in this case was proving that but for the negligent treatment, our client would have gone on to have a successful career in semi professional football.

At the time of the injury, our client was playing the best football of his life and regularly trained with a local semi professional team. Sadly however, as a result of the negligence, he has not played competitive 11-a-side football since the original injury.

Our client (age 17 at the time of the negligence) sustained a knee injury whilst playing football on 1 August 2012. An MRI scan of the right knee on 11 October 2012 demonstrated a tear of the anterior cruciate ligament (ACL) with an associated cartilage tear of the lateral meniscus within the knee. The client underwent a right ACL reconstruction with a graft on 13 April 2013. No surgery was undertaken to the lateral meniscal tear at this time, which we allege to have been a negligent failing.

The client underwent an MRI scan on 2 June 2015 which demonstrated that the primary ACL graft had failed. According to our orthopaedic expert, this was due to negligent positioning of the graft during surgery.

The client underwent a revision right ACL reconstruction on 15 September 2015. Again, no lateral meniscal surgery was undertaken, so our client continued to suffer from symptoms associated with this tear.

Our expert examined our client in June 2016 and was of the opinion that the graft had yet again failed. Our client, by this time, had lost faith in the NHS and wished to wait for his claim to settle before undergoing further surgery on a private basis.

It was our client’s case that but for the negligent ACL surgery, he could have pursued a successful career in semi professional football. This was denied by the Defendant but despite this, the claim recently settled for £100,000.

If you’ve suffered as a result of negligent medical treatment, don’t hesitate to give our friendly team of specialists a call.