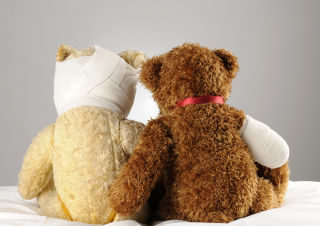 Compensation in excess of £220,000 awarded to our client following GP's failure to refer for prostate investigations.

Mr H’s claim was resolved at a round table meeting for in excess of £220,000 despite his former GP (‘Dr P’) initially refusing to admit liability for his failings.

Our client had been Dr P’s patient since 2004.  Mr H had previously been diagnosed with benign prostatic hyperplasia (enlarged prostate), and was on long term alpha blocker medication to help improve his urinary tract symptoms.  Mr H also had abnormal PSA levels for his age group.  PSA, or prostate specific antigen, is often measured to test for suspected prostate cancer.

Our client’s urinary symptoms, abnormal PSA levels and continuing need for alpha blockers should have alerted Dr P to the need to refer our client for further investigations, or to a specialist doctor.  Over the years, Mr H continued to complain to Dr P of worsening urinary symptoms, but no action was taken.

It was not until 2013 when Mr H was seen by a different GP that he was finally referred.  Following the referral, Mr H was diagnosed with stage 4 metastatic prostate cancer, which had spread to his bones.  He was informed that his condition was incurable.  Sadly Mr H passed away in 2016.

It was only once the case had settled this year that Dr P finally sent a letter of apology to Mr H’s wife.